Yesterday, as I worked on my novel, I had a breakthrough as I realized that I was holding back the intensity of how I felt the characters would actually be experiencing things. I was keeping secrets for them. After several hours of writing and revising, I felt the difference in every part of my body, felt as if I had just opened a door to a room that I decorated when I wrote Maria Speaks, but never went back to spend time in.

I had the same kind of feeling when I spent some time looking at the images in one of Vicente Romero’s paintings that I’d posted on Facebook, the one I felt the most drawn to.

I realized that I have an antique vanity and embroidered cloths and crystal vases, and that I haven’t created the room I want even though I have acquired everything I would want to have in that room. The themes of the five journeys that I tapped into when writing Maria Speaks were valid, but I seemed to have forgotten that I ended the book by asking myself, “now what?”

It is now ten years since Maria Speaks was released, and I am humbled by the awareness of how self-awareness and personal growth is not the product of an industry of self-help workshops and memorized memes. It is both out of my control and the product of commitment to seeing myself in the mirror over and over again until I see what I have not been seeing. Not like Narcissus, in love with the reflection, or the evil queen in Snow White seeking self-confirming images and messages, but like what I imagine the black obsidian smoking mirror to show me, in the tradition of Tezcatlipoca, the god with no definite image, who sacrificed of himself to create his people in the Aztec tradition… what I see in this mirror are the sacrifices that I’ve made in order to be “of the people,” and how they have often very much come to cloud not only my capacity to see myself as I am, but in time, to cloud how I actually spend my time, express myself, and script myself to *be* in this world. 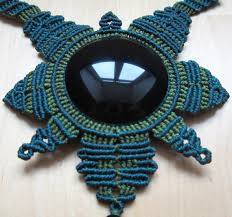 So, as I rededicate myself to the labor of completing my novel by summer solstice, I also rededicate myself to seeing the reflection in the obsidian mirror, to creating the life space I yearn for, and shedding the sacrificial life scripts that do not create new life but only put it in boxes. It is never too late to learn again, to become renewed.